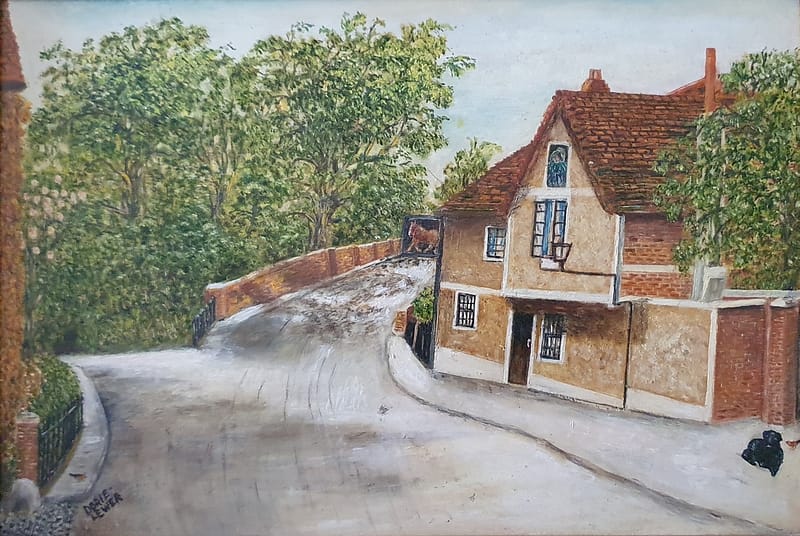 Journal of the House of Commons 1780-1782 On 5th February 1782, several ‘noblemen, gentleman, clergy and freeholders’ of Surrey brought a petition for repair of Surrey’s bridges to the House of Commons. The bridges in question were at Cobham and Leatherhead, crossing the River Mole, and at Godalming crossing the River Wey.  Cobham and Godalming […]

In my book, King Oak, Molly Hogtrough is struggling with her husband’s dereliction of duty. She recalls George’s vows when they wed and cannot forget that he also promised her a good home. However, he just can’t settle down and find steady work. He’s here, there, and everywhere, gambling at cards and playing at cricket, […]

It’s mid-Spring, and over the last fourteen days or so the forest around me has transformed. Its see-through trees have donned a cloak of vibrant green, a trillion different shades. It’s like walking through an emerald, serenaded by the sound of sweet birdsong. What heaven. While out walking today, I spied a host of rabbit […]

‘They bake them in the oven, they boil them with the meat, they make them fifty several ways:  BLESSED BE HE THAT INVENTED PUDDING.’ François Maximilien Misson, French writer and traveller, c. 1650 – 1722 In my last blog post (Molly Hogtrough Cooks) I said I was going to tackle a plain boiled pudding and […]

In June 1780, Molly Hogtrough’s kitchen on the edge of The Common probably consisted of an open fire and a large pot. Perhaps she even had a smaller saucepan and a skillet (if husband George hadn’t sold them to pay his gambling debts). And a kettle for her grandmother’s beloved tea would have been a […]

Just down the road from our farmhouse, which lies about 250m above a beautiful lake, there lived a wonderfully eccentric old man called Joseph. I suppose you could call him a hermit. He was probably an alcoholic. His 150-year-old wooden chalet was uninhabitable by today’s standards. I was told that he lived only in the […]

I do not think I would be at all happy living in 1780. Life must have been grim for many people, unless you had a bevvy of servants to light the fires, cook and clean, empty chamber pots. And even then, it was hard going, particularly for women. The glamour of Bridgerton, set only a […]

My debut novel, King Oak, was inspired by a delve into ancestry.  I discovered that some of my ancestors lived in Woodfield on the edge of Ashtead Common in Surrey. Their story was one of close community, where neighbours and friends often became relatives through the marriage of their children. St. Giles, in Ashtead, holds […]